Hello! I’m Anastasia (Nastya for short). I’m a journalist covering the world’s top tech companies and entrepreneurs. From interviewing Jan Koum, the Founder of WhatsApp right after he sold his messenger to Facebook for $18B to Vitalik Buterin who’s reshaped the crypto scene as we know it, my work has taken me around the world from Moscow to New York City.

I’m based in NYC covering technology, inspiring leaders, and mental health. In addition to my work as a journalist, I’ve helped organize some of the US’s blockchain and FinTech events. In San Francisco and New York, I hosted conferences with leaders including Nick Szabo (some say he is Satoshi, but I have doubts), Michael Arrington (the founder of TechCrunch, who bid heavily on Ripple), Tim Draper (one of the investors in Coinbase and other cool companies), and more. My own event in Germany, called Blockchain Visionaire Summit, brought together 50 speakers, 300 attendees, 5 sponsors, and helped grow the European blockchain scene.

Currently, I’m the Editor in Chief of The Vivid Minds, a community-driven media platform featuring leaders who overcome challenges yet proceed to move forward and achieve. These stories are the ones that will inspire and push us forward. My passion lies in making others feel less alone in their bold moves and struggles through showcasing these brilliant leaders.

I’m a frequent digital contributor and my stories have been featured in top-tier publications including Entrepreneur Magazine, Business Insider, Quartz, Esquire, and others.

Quartz In the Siberian province of Yakutia, WhatsApp is basically the internet
Business Insider Why WhatsApp's Founder Hates Being Called An Entrepreneur
Esquire Russia From СryptoKitties to the NFT Art Revolution
Thrive Global My Experience With Transcendental Meditation (TM): Does It Really Work?
Entrepreneur 3 Ways Vulnerability Shapes Better Leaders
GQ Russia Interview with Charlotte Gainsbourg about Lars von Trier and Her New Album
BTC Manager Inaugural Blockchain Visionnaire Summit Gives Voice to Berlin’s Crypto Scene
Vator.tv Meet Mark Loranger, Co-founder of Braavo
Forbes Why Startups Need to Value Diversity More
Fast Company How to Find a Career That is Good for Your Mental Health
Entrepreneur Why Companies Are Embracing Web 3.0
GQ Russia Why Founders Around the World are Struggling with Depression

The Vivid Minds is a newsletter-driven media website dedicated to stories about how leaders overcome challenges and move forward. 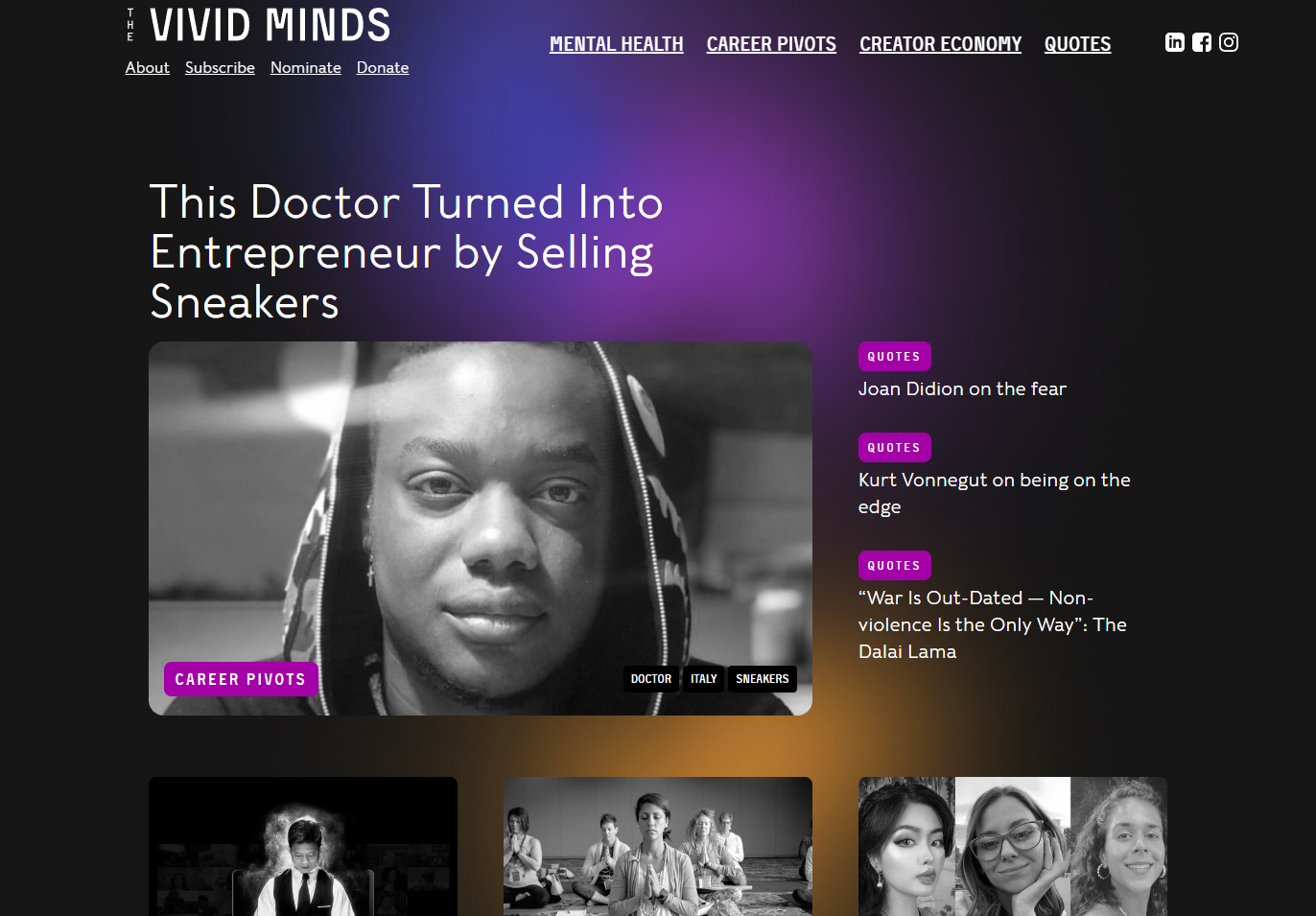 I have worked with various companies to help them figure out their messaging and do research in the US. Email me, DM on LinkedIn, Facebook, or Twitter to learn more.